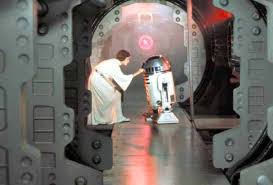 Many Bothans died to bring us this information.—Mon Mothma, Return of the Jedi

The ancient Greeks told stories of gods and heroes to explain the world as well as to make the long winter nights fly by.  Tales of epic wars, capricious gods, valiant demigods, and bold deeds created the mythology now taught in schools and used as clue fodder for Jeopardy. The word mythos is Greek for any kind of story but the idea of a myth has come to mean something larger, a story about extraordinary happenings, extraordinary people, in extraordinary times.

While the Greek stories – and the Roman, Indian, Norse, Egyptian, African, etc. – took hundreds of years to percolate into tales that are now thousands of years old, there are emerging mythologies in today’s culture mere decades old. Yet, if you play the game of “what is a mythology,” it’s easy to claim that Star Wars is crossing from a collection of movie plots into the realm of mythology.

A myth is any traditional story consisting of events that are ostensibly historical, though often supernatural, explaining the origins of a cultural practice or natural phenomenon. Myths are often stories that are currently understood as being exaggerated or fictitious. – Wikipedia

The operative definition we’re taught is that myths are linked to explanations of the way the world works. A cute example is in the Disney movie Moana where the demigod Maui sings a song about his exploits: (I killed an eel/I buried its guts/ Sprouted a tree, now you got coconuts). But a myth doesn’t have to be about a natural phenomenon. The story of the battle of Troy fits into the canon of mythology (just to be technical, Homer’s  Iliad is an epic poem about that mythical war). We had a spirited argument over sushi yesterday about whether the Iliad was mythological. Is it just history? Is it just a legend? Or is it myth?

The archaeologist Schliemann thought he found the actual site of Troy which suggests it was historic. Yet the hero Achilles is a demigod, and the story goes that the war was sparked by an argument between jealous goddesses who then used mortals to wreak havoc by Paris carrying off with Helen. If the battle of Troy is not an epic mythological story, then we have to throw out all stories that don’t strictly explain things, and that eliminates an awful lot about Gilgamesh, Ragnarok, Annubis, Ganesh and so on. Thousands of the stories are about exploits, journeys, battles, and great deeds – not just how the sky was created or the origination of lava.

Myths are clues to the spiritual potentialities of the human life. – Joseph Campbell

Joseph Campbell used a broader definition of myth and linked hundreds of cultural examples together to flesh out basic themes that cross many of them, such as the “hero’s journey.”  When you find out that George Lucas and Joseph Campbell were buddies, George’s focus in developing Star Wars becomes fairly explicit. Lucas built the Star Wars universe and Episode 4  —  the first movie —  with the idea of the “hero’s journey” front and center.  He wanted Star Wars to be a combination of mythology and technology. Luke Skywalker’s journey, like other notable series about Harry Potter or Sam Witwicky, is a familiar “young man overcomes evil with help of supernatural powers and friends” story.  Skywalker’s quest is a rehash of many other, better-told stories. What seemed to elevate the concept as a whole was the other things in the Star Wars universe: the curious technology, the decades-long battle between Rebels and Empire, the ancillary creatures and aliens, and the notion of an elemental Force which underlies all things and has a Dark Side.  Even the fact that Luke’s story is Episode 4, not Episode 1, positioned the Star Wars universe to launch a mythology into existence.

Between the merchandising and the cartoons, video games (which themselves have plots), fan fiction, and stories about the Making of, the Star Wars universe took on a life of its own.  Further evidence of this is that even Lucas’ versions of the stories before Episode 4 are viewed as poor examples of stories about the Star Wars universe. No one makes the argument that Episodes 1-3 kill Star Wars thematically.  (The movies would have succeeded economically regardless, but ignore that point for now.) In contrast, the general consensus is that the bad acting of Anakin (both child and teenage actors), stilted dialogue by Obiwan and Padme, and the “problem” of Jar Jar cause Episodes 1-3 to be out of synch with the Star Wars universe. The world is itching for better versions of those stories.

In the meantime, this leads to the question of where Rogue One fits in.

The national film critics have not been kind to Rogue One, with critics calling it a “downer” or a “conflicted mess” and complaining that it lacks the fun and whimsy of previous stories. Since it’s a requirement in our family to precede any viewing of new Star Wars movies by watching all the old films, I have had the privilege of re-experiencing Episodes 4, 5 and 6 this past week. On the twelfth viewing, I must say that “scruffy looking nerf herder” did not strike me in 1983 as scintillating dialogue, and it still doesn’t today. The creepy muppet-dancing in Jabba’s cave is not a greatly executed fantasy scene, any more than the green Orion slave girl dancing in that episode from the original Star Trek. The cuteness is forced and then overshadowed by a weird S&M element. Big plastic Jabba licking Princess Leia in a steel bikini is not great cinema. Critics who argue that Rogue One doesn’t have the fun or grandeur of the “original” Star Wars are looking back through a distorted lens.

Rogue One does help to illustrate the idea of Star Wars as a mythology because the plot is a key link in the chain. It doesn’t explains natural phenomena but it does explain important questionable element in the original Episode 4. Namely, how do the Death Star plans get into the hands of the rebels in the first place and why does this monstrous weapon have such an obvious catastrophic flaw?  Rogue One connects parts of the epic together. Now that the execution of the story is out of the hands of creator Lucas, the movie avoids dopey lines and fuzzy creatures. If you think of it as a war movie, like the story of D-Day or the battle of Gettysburg, the film holds up. If you want floppy-haired puppets or green-screened aliens to provide whimsy, then it’s not for you.

My son mentioned the lines that I quoted above — “many Bothans died to bring us this information” – right before the screen darkened, and that helped put the whole of Rogue One into perspective for me. That’s the gist of what frames the movie… although technically, TECHNICALLY, it’s not. The internet will instantly tell you that line of dialogue doesn’t relate to the plans for the first Death Star which Leia gives to R2; that line pertains to plans for the second Death Star, which are relayed in some other way to the rebels later in Episode 6. Furthermore, the people dying in Rogue One aren’t Bothans anyway, who apparently have a canine-like appearance and are good at computer hacking, according to the myth keepers on the internet.

And that’s another feature of this universe which is no longer owned by or really influenced by George Lucas. The collective fandom keeps track. Although stories written by fans and series creators alike don’t always knit neatly together (because overlapping series have changed plotlines and characters occasionally), there is a sense of an acknowledged canon. If a comment or plot line doesn’t fit the canon, the writer is going to immediately hear about it. Story followers are even given recommended OTHER stories to view first. Go ahead and google “What to read before seeing Rogue One,” and you’ll see what I mean. In contrast, there’s no required pre-viewing for Harry Potter.

Crossing paths with reality further elevates Rogue One into mythic status. Practically the last visual on the screen (spoiler alert, but if you cared, you’ve seen the movie already) is the CGI-created version of young Princess Leia. She is poised to perform the actions from Episode 4 that launched the entire story narrative forty years ago; for this version, her young self had to be re-created because her real counterpart was too old to look the part. Then, days after the movie opened, the “real Princess Leia,” Carrie Fisher, passed away. Along with her mother! How much more mythic of a story can you get? Leia is now and forevermore a CGI ghost. Fisher, too, has become a supernatural image, with her most recent interviews distributed far and wide across the cyber-consciousness. She is more than ever alive in our minds, and you can almost imagine her joining the ghost images of Obiwan and Anakin who watch over everyone. The synchronicity of these events will now itself be bound up as part of the history of Star Wars. 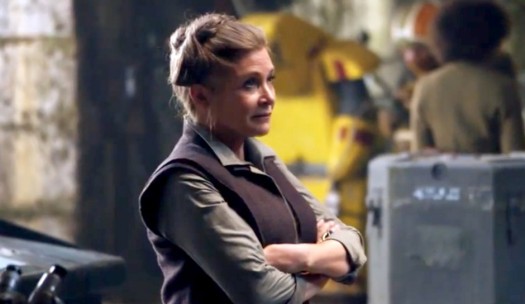 Fans and budding archaeologists for years have been known to go out to the original movie sites to dig for mementos from the original location shoots. Buttercup Valley, in the desert of California near the Mexican border, has such “relics of a fake futuristic past” as one writer called it. People go on these Star Wars digs to find the bits of painted wood and foam rubber left from Jabba’s ship as it crashed or Luke Skywalker’s house.  They enshrine their finds or sell them on eBay. The relics take on value just as Schliemann’s bits of Troy did a hundred years ago. In many ways, Troy seems far less real to a modern audience than Tatooine.

If I’ve made the strong case for Star Wars as a current mythology, then I can’t help but wonder which of the following are also myths, as opposed to legends, tall tales, fairy tales, or just money-making story franchises? Yesterday, the sushi eaters decided as follows (and I welcome feedback on whether you agree or disagree):

Today’s blog brought to you by the Daily Post word crossing.

0 Replies to “What’s in Your Mythology?”