When doing someone’s taxes, divorce seems to be the most painful situation to handle. The dissolution of a household and its financial entanglements are difficult to pick apart. Even standard questions about whether there’s alimony or who provides 50% of the household support for children push emotional buttons. It’s also very hard to tell someone they’ve been under-withheld and have to pay, especially when they’re making less than $30,000 a year. The financial entrails of the tax year reveal volumes about the miseries and joys within people lives – worker’s compensation claims that speak to turmoil on the job, brand new exemptions heralding a childbirth, or filing statuses that change from Single to Married to Single, Single to Married to Widowed to Single again.

Since transitioning out of my corporate job, I have navigated – by accident or fate – into helping prepare taxes for two services. My venerable friend Jeff, also a former bank finance employee, had mentioned for a couple of years his involvement with a volunteer program that handles taxes for low income earners. The program has many names – VITA, TCE, or Earn it! Keep it! Save It! – and many sponsors, from United Way to AARP, all including training, software, and processes under the aegis of the IRS. This sounded like a good way to redirect my energies while deciding what else to do with my time (aside from blogging for you good readers). As I was completing my required exams to certify, I was also asked out of the blue if I wanted to work a few hours a week by my local tax preparer, and it seemed natural to be entering tax data on two fronts, one for free and one for data-entry level wages. 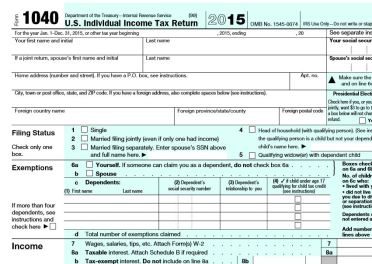 Differing tax needs
There are some marked differences between people who need free tax filing help and those who can pay a tax preparer. It is apparently common for people to hand a paid tax preparer three—four—five years’ worth of paperwork because they “just haven’t gotten around to filing.” For other clients who do regularly file, there are typically large stacks of stock gains and losses to enter. You have to tease apart property taxes for rental properties and wade through dividend statements. Sometimes you have to translate mortgage interest for homes bought in other countries; the exchange rate for rupees is apparently 67 to the dollar. At the same time, it has been noticeable that the highest earners – often in hi-tech in this part of the country — make appallingly few charitable contributions.

In contrast, most who come to the Earn It! Keep it! program are hyper-concerned about filing on time (at least as of mid-March –we’ll see as we get into next month). More than one has declined to explore a legitimate deduction because they fear it would get the IRS’ attention. Many have multiple W2s – the record for one fellow was eight – which speaks to how difficult it can be to patch a working living together in this new economy. Tuition for children goes to community colleges rather than universities, and health care is a patchwork of MediCal, Obamacare, gaps in coverage, with very few having complete employer paid coverage.

Everybody needs someone who can speak Pub 17
There are some interesting similarities. In both offices, there is a steady influx of people with English as a Second Language. In the Bay Area, of course, this takes the form of an international smorgasbord – Mandarin, Hindu, Tagalog, Farsi, Russian, and Spanish. They were all scrupulous about their documentation and filing on time. I suspect part of their search for an advisor was thinking that their lack of understanding of IRS rules was a language issue, rather than a function of our byzantine tax code.

It is also a badge of honor for all preparers – true for both volunteers and those who make it a living – to help people get the maximum back within the scope of the rules. All of us are careful to be clear about following guidelines (“where’s the documentation for that?”) while at the same time, fist pumping over every refund and credit we can find.

This is no less true of my new boss, who tells me she wakes up in the middle of night worrying about whether she remembered to get a client a certain deduction. She is a hardworking gregarious Indian woman who hugs all her clients and whose office is a maze of filing cabinets and stacks of in-progress returns covering every surface. She has a big smile and a mind sharp as a razor blade. Often clueless about newfangled technology (like Google docs or shared Outlook calendars), she can spot errors or anomalies in someone’s paperwork faster than you can say “Business Use of Home.” She speaks twelve languages and frets about how long she can keep up the pace. Every client leaves with a smile.

Jeff told me there would be stories
My first client at Earn It! Keep It! was a septuagenarian with a jaunty cap who proudly displayed his 1099G for $2500 in gambling winnings – “I had just walked into the casino!” The unmarried couple, partners for 40 years, who couldn’t stop teasing and playfully arguing with each other, while looking over my shoulder. In the estate papers for an elderly lady, there was the usual mixed mush of checkbooks, non-tax related grocery bills, legal documents and IRS love notes – she hadn’t filed taxes for several years. There were also two expired passports. Born during WWI, she had gone to Hungary in 1956, to Australia in 1992, and London in 1994; what must those trips have been like?

The harder stories are the ones going through separation and divorce. A young woman married in her teens to a man much older, now trying to make it on her own. She was only separated, which required filing Married Separately, a miserable status with an uncooperative partner. We had a group conference about whether to change her status to Single, but just couldn’t do it within the parameters of the 1040 rules.

Other single parents of both genders required by circumstance to give up good jobs in order to care for their children. Or, required to stay in this expensive location with their ex to share joint custody, they struggle to pay mortgage or rent. Savvy enough to read the tax codes online, they get stuck in the labyrinth of rules governing exemptions and child tax credits. When I ask them whether money they’re receiving is alimony (taxable) or child support (not taxable), they try to remain unemotional when commenting that they can’t exactly clarify it with their ex.

These are the folks for which the Earned Income Credit is a godsend. I know it is fashionable in some circles to complain about people getting something for nothing, but in the tax code, everyone gets credits. A mortgage interest deduction of $20,000 or writing off the Mercedes use for business makes the EIC pale in comparison. Especially for the single parents recently divorced, finding that they get that extra few thousand from the Earned Income Credit has brought more than one person close to tears. During the wrap-up for the young woman, she got a call; her divorce had been finalized that day. It didn’t help for 2015, but when filing next year, she would qualify for the Earned Income Credit by changing her status to Single. Everybody cheered.