I don’t know when we decided to give ourselves to the Nano-overlords, but I suspect it was a gradual process. There was no light switch I flipped saying, “Sure, I want to be digitally monitored all the time.” As I child, I adhered to the idea of “Don’t put foreign objects in your body” which now seems to have become “Honk! if you got chipped!” The Right to Privacy now has morphed into “Alexa, can you buy me some hemorrhoid cream?” 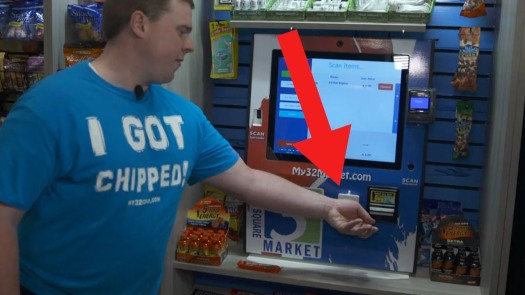 How We Got Ourselves Here

A NY Times article this week described a digital pill that will alert doctors whether their patients have swallowed the medication (based on its interaction with stomach fluid). The FDA has approved it, even though the drug companies’ clinical trials hadn’t yet shown that the monitoring improved compliance. In theory, the monitoring would only be done with the patient’s consent, but since this particular pill is aimed at patients with mental health issues, how would consent be obtained? Suppose a schizophrenic pleads not guilty by reason of insanity to a crime and their plea bargain requires them to take their meds — requires them to agree to swallow this pill that alerts security when they don’t take it? Society might be better off, but at the price of civil liberty.

The more troubling stories are the ones about implanting RFID chips in people. A Wisconsin company that makes vending machines, Three Square, created a version of the chip and is experimenting on their employees (voluntarily!). More than fifty volunteers signed up in August to let the implant open doors, log into computers, start cars, and buy KitKats in the company break room. COO Patrick McMullan explained that this was “another payment and identification option” because using a chip card or a car key or even a fingerprint is too boring and lame. People forget their office keys all the time; isn’t this so much better?

Swedish companies — such as Epicenter and Biohax — have been developing and deploying this technology for several years. They hold Chip Parties and claim that some 3000+ customers already have the device embedded in their hand, which is particularly useful on commuter trains to replace train tickets.

…On the other hand, I mean, people have been implanting things into their body, like pacemakers and stuff to control your heart. That’s a way, way more serious thing than having a small chip that can actually communicate with devices.
–Patrick Mesterson, CEO of Epicenter

Animals have had RFID chips tag them for years, as do shipping packages. That’s how things get tracked; it’s helpful! Doesn’t it make sense to also chip our children? So many kidnappers out there! What about grandpa who has Alzheimer’s? That employee who always shows up late or leaves early? What about your spouse, who says he was working late but smells like he was at the pub or mysteriously shopping for perfume? There are so many things that we might want to track.

The Conspiracy will not be Televised

The backlash against the rise of chip implants has come as well, both from conspiracy theorists and from evangelicals. Researching this story led to dozens of discussions about the Mark of the Beast. Apparently, the Futurists’ (as opposed to the Preterists’) interpretation of the King James’ translation of the Greek translation of that part of the book of Revelations accepted in the canon (not the part rejected by the Council of Laodicea) written by some guy who didn’t know Jesus while living in the time of Emperor Domitian — that part says that the mark would be in your hand right between the thumb and forefinger, so there’s proof right there. 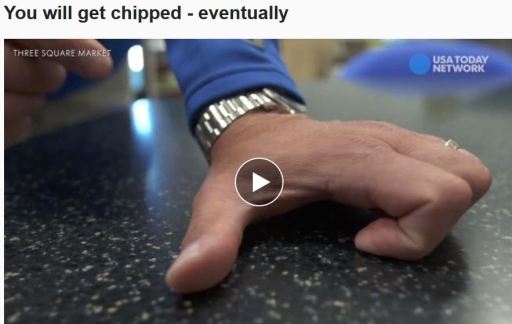 At the same time, some who often feel targeted by government snoopers claim they have already been unwillingly chipped. They’ve started posting videos on how to disable or remove the chip. One video shows a woman using her cell phone in some fashion to send a disabling signal, which brings to mind so many questions. How does she know for sure she was chipped? Where did she get the cell phone instructions to unchip? How does she know that the phone instructions aren’t fake instructions created by those chipping overlords to make her only think she’s been unchipped? Why does she think the cell phone process even works? So many questions!

Other websites show elaborate diagrams of how Obamacare was created to compel people to get chipped as a means of population control (see, you would have to be agree to be chipped in order to accept the health insurance and then the chip would …). That probably needs to filed in the drawer next to those Death Panels that never seemed to get off the ground.

Yet, I find myself on the side of the tide of resistance here. Not about the Affordable Care Act=chipping nonsense, not that Revelations is at hand, but that the impulse to push back is the right one.

To me, there’s a line that some technology should not cross. We should not be cloning people. We should not learn how to re-animate the dead.  We should not link all the computers of the world together, give them our military secrets, and let them drive while we take a nap.

We should not insert electronic devices into our bodies so that we can make it easier to pay for things. The last thing we might want is capitalism getting past the skin barrier. It’s bad enough that it seems to rule our lives in so many other ways. To me, that barrier is the key. It might make me uncomfortable to be hooked up to machines in a hospital, but I understand the trade-off value (health=machine monitoring), and I can unplug if I want to.

I understand carrying around a card to help me pay for things instead of cash; remember, there was a time that people thought paying with plastic was suspicious. But money is not a thing-in-itself, it’s an agreed proxy for value. Plastic is no more or less a Thing than a dollar bill. But to have my agreed-upon-value stuck in a beeping device in my hand? I’m not comfortable with that.

Sure, it’s voluntary. Now. Sure, it’s a limited RFID signal that only works when you wave your hand near the vending machine. How do I know that? How do I trust that? If the nano-overlords decided to turn the RFID chip in a plastic card into an all-controlling mind-monitoring chip, I can get rid of the card. It would be harder to take something out of my hand.

Apparently, tattoo parlors and piercing stations have developed some expertise in the insertion of these particular chips. I’m not sure whether that’s ironic or just logical, as they do have knowledge of sterilized poking procedures and they do deploy them towards the innovative and the young. 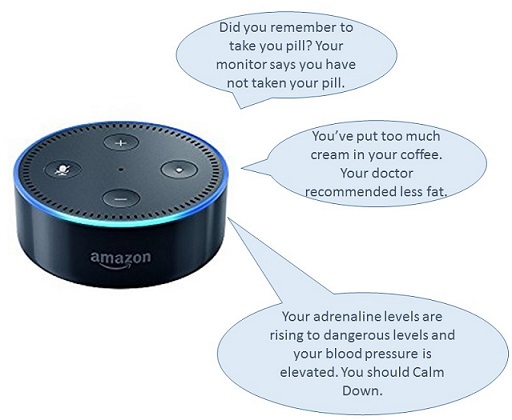 Also, how do I know that my voice-activated personal assistant won’t be able to monitor my RFID? I know that RFID chip technology collects data and sends it to companies that use the data to throw pop-up marketing at me through other technology I look at all day long. I know that Amazon’s Echo and Alexa is going to collect behavioral data on me and use it to try to sell me things all day long. At least, when the data is collected because I’m typing something in Google or selecting a TV channel, I’m aware I took an action that is collected. The problem becomes when I’m monitored all day, and I don’t even realize it. I can turn the TV or computer off.

I’m rather content to let the Technology Early Adopters skydive into this one. Go ahead, buy your M&Ms with a wave of your hand. Enjoy your little pellets of doom. When the Diabetes Prevention team comes swooping in with their Mandatory Sugar Re-education Training, don’t say I didn’t warn you.

Meanwhile, I’m upping my contribution to the ACLU.

To celebrate another A to Z month and upcoming Tokyo 2021…

I was so excited after blogging about the Olympics that I wrote not one, but TWO books about them. The latest is out JUST NOW, April 2021. Are you a fan?

View of the Altamont Pass in Livermore, from Brushy Peak, March 2021.