Last year, I shared a few thoughts about turkey in general at: Spatchcock?Gesundheit!   But cranberries have to get into the picture, too, because that tart little relish is just as much a part of the Thanksgiving tradition as stuffing. Are cranberries American? Are they a cure-all? Which version is better — sauce, jelly, or chutney? Figure it out fast because Turkey Day is tomorrow.

As American as Apple Pie

Actually cranberries are more American than apple pie, since Chaucer referred to a British apple pie recipe way back in the 14th century, and even Dutch apple pie was created before the Pennsylvania Dutch perfected it. Cranberries, native to north America, were in those Massachusetts bogs, wavings their viny flowers at the settlers who cruised in on the Mayflower. The settlers called them craneberries because the expanding head of their flowers resembled the marsh birds. The fruit was also called bearberries since you-know-whats would eat them and mossberries, which is still what they’re called in Canada and Britain. The Alonquin called them Sassamanash and infused the flavoring into pemmican, their variation of jerky, which may seem strange although not necessarily more than jalapeno or teriyaki. Although Sassamanash-juice cocktail doesn’t have quite the right ring to it.

Ocean Spray commercials like to feature “fahmers” from Massachusetts along with the occasional fellow in a tri-cornered hat to emphasize their east coast origins. However, the largest production sites in the U.S. — and in the world — are in Wisconsin. Other major cranberry producing sites are in New Jersey, Oregon, Washington, Ontario, and Alberta, with North America providing about 98% of the world’s cranberries. Most of the rest of that 2% takes place in eastern Europe — Ukraine, Azerbaijain, and Belarus.

As doors to the next world go, a bog ain’t a bad choice. It’s not quite water and it’s not quite land – it’s an in-between place.
― Ransom Riggs, Miss Peregrine’s Home for Peculiar Children

The berries originated in bogs, in lands that were easily watered and temperate but not warm. It’s a mistake to describe the fields as flooded year round though; mainly, they’re submerged in the winter to prevent the vines from freezing. (Undamaged vines have been known to last for over a century.) Numerous cookbooks from colonial times mentioned cranberries, and barrels were sent as gifts to the English king as part of an attempt to placate the homeland. (Didn’t work much) Revolutionary War hero Henry Hall was credited in the 1820s with the first commercial harvesting in New England. He was also the one who discovered that they grow better if a layer of sand is added above the peat and clay underneath the water. That might explain why Tunisia is trying to add cranberries as a viable crop as well; Tunisians do have the sand.

The Ocean Spray cooperative formed in the early twentieth century in New England cornered the market, eventually sued by the Eatmore business for antitrust violations. Eatmore ultimately won a settlement in 1959, just in time for the Great Cranberry Scare. That year, U.S. Department of Health Education & Welfare discovered berries tainted by the pesticide aminotriazole. The market collapsed; some growers went bankrupt. Ocean Spray reorganized and became more averse to using pesticides and more interested in diversifying to other products and markets to sustain year-round sales. Hence, cranberry juice cocktail and craisins. Nowadays, the biggest importer of U.S. cranberries is China. Cranberry chicken anyone?

Take Two Cranberries and Call Me in the Morning

Like most crops, original consumers — the native Americans — attributed medicinal properties the berries. They used cranberries in poultices because the fruit has a property that prevents bacteria from attaching to cell walls. Nowadays, cranberries have been known to help prevent Urinary Tract Infections for some, even though some large scale clinical studies have been inconclusive. They seem to help those who have recurrent infections, and if that was your issue, then why not? Better than a pill.

Cranberries are also antioxidants, and although the jury is still out on conclusively whether they prevent cancer or to what degree, again, why not? The compounds in cranberries may also help prevent kidney stones and reduce plaque in the arteries. One caveat: people who consume large quantities of cranberries may be more susceptible to bruising, so moderation, people! Personally, I discovered years ago that cranberry juice — especially heated to the sippable level of soup — eases the sore throat-stage of a headcold. I swear by it over commercial throat lozenges.

To Help Gag Down the Yak Meat

The combination of meat and cranberry might seem curious at first. American cuisine standards don’t pair steak and potatoes and lemons. But lots of combinations are standard in other cuisines — orange chicken, pork and apples, or fish with lime. One of the keys for is to transform the berry into a pickled version of itself, adding another acid component like a vinegar or other fruit. Recalling that fruit-flavored jerky, you might realize that preserved fruit and preserved meat are naturals for each other, so why not preserved fruit with roasted meat?

When you further investigate the differences between sauces, jellies, jams, relishes, chow chows, blatjangs, and sambals, then you perceive how international a notion this really is. It’s everywhere: chopped fruit or vegetables, pickled maybe, strongly-flavored definitely.

Every culture — Indian, American Southern, British, Asian — has created some sort of pickled sauce with vegetables or fruit. Even the cavemen needed something to gag down the yak meat when it was past due.
–My wife, famous author and darned good cook

Fighting in the Matter of Cranberries

The one disputed element regarding cranberries is exactly how to prepare and serve them. The canned cranberries of the 1950s and 1960s were marketing genius from  Ocean Spray conglomerate, working out what to do with excess supply. It was effective; some people still wax nostalgic for the wiggly maroon cylinder, standing upright in a dish complete with can ridges. However, canned cranberry sales have been decreasing for years, as recipe variations of fresh cranberries have gained prominence.

I myself didn’t care for cranberries in my younger days, until I made them myself and realized that I had grown up with jelly-mold version. Also, my mother’s idea of experimentation in the ’90s was to mix horseradish into the sauce. I like horseradish quite a bit, in fact, but smeared all over prime rib, not mixed with fruit. Now, I know you recoil with horror at the combination, and I have besmirched my poor dead mother’s memory for years by mentioning that story JUST to get the reaction. It actually turns out that horseradish and cranberries is a THING, as dozens of google-able recipes will attest. So my mom was, perhaps, ahead of her time. Yet, the mix still seems to emerge from those who are too bored with what tastes good and feel the need to mix weird things together just for the heck of if. ‘Nuff said; I will no longer fight about it.

But the fight still brews over sauce vs. jelly. Even those who detest the canned stuff still make and enjoy a clear liquid style jelly or gelee, they might say if they went to culinary school. My friend Peggy makes a nice version that has a layer of sour cream on top which many at the T-Day table enjoy. I still prefer mine chunky. My tried-and-true sauce Williams-Sonoma recipe is the classic at our house. You cook the berries with a bit of white sugar, orange juice, and orange zest, then add some ground mustard and cider vinegar at the end. It thickens nicely and lasts for days. This year, I also came across an intriguing version for chutney.

Chutney is another variation of those pickly relishes and sauces known the world around. It comes from India, from the Indian word chatni which means to lick.  The Indians create their chutneys fresh with a little sweetener and vinegar, although over time recipes added more sugar and vinegar as preservatives for those jars you buy at folksy stores on the scenic highways. The chutney recipe I pulled from a NY Times recipe is sweetened with honey and includes a whole diced orange (peel, membranes, and pulp), with a chopped apple and 12 dried apricots folded into the mix. I can’t wait to smear it on the Friday turkey sandwich.

I still have to confess that I do not see what there is to fight about in the matter of chutney.
-Robert Barr, In a Steamer Chair

Chutney or sauce, jelly or relish — however you bring the bog-based berries into your home, be sure to find a glass bowl to put them on the table. It will sparkle next to the browns and oranges in your stuffing, gravy, turkey, and yams. 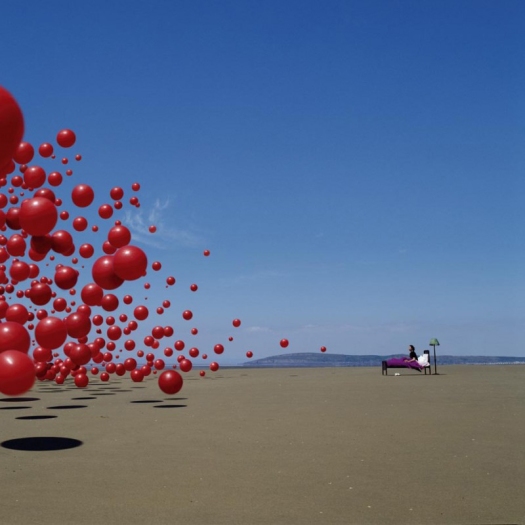 That great Irish band, The Cranberries, once sang:

At 24, I was insecure about the cranberry jelly with horseradish, but now I know better. So I say to all out there:  Wake up and smell the cranberry chutney! The orange and vinegar, the sugary-sour taste, will punch you in the mouth in a most excellent way. My son used to eat my homemade cranberry sauce straight out of the bowl. He’s now 6 foot 3 and studying physics, so maybe there’s something medicinal to it that we haven’t properly accounted for.

It’s a cure. It’s a slice of pure Americana. And it smells like the whole world cooks.

0 Replies to “Wake Up and Smell the Cranberries”